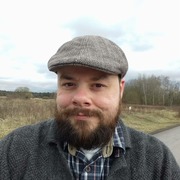 Jeffrey Kotyk (PhD, Leiden University, 2017) is a scholar of Asian Studies with specific interest in astrology, Buddhism, Sinology and history.

The Chinese monk Yixing 一行 (673–727) is unique in being an early architect of the Mantrayāna tradition (Esoteric Buddhism) in East Asia in addition to featuring as a significant individual within the history of astronomy and calendrical science in China. His legacy in the Buddhist world is well known, but the enduring appreciation of his scientific work in later centuries is less understood. The present paper will document the achievements of Yixing’s work in astronomy while also...
Topics: buddhism, astronomy, history of astronomy, yixing, astrology, china

Community Texts
Astronomy and Calendrical Science in Early Mikkyō in Japan: Challenges and Adaptations
May 19, 2022 by Jeffrey Kotyk
texts

This study examines the use, adaptation, modification and omission of astronomical and calendrical elements in early Japanese Mikkyō (ninth century) in large part from the perspective of exact sciences. Shingon and Tendai inherited a Sinicized system of Indian astrology from their respective beginnings, but the significance of this fact in the study of Japanese religions is underrecognized despite the reality that astrology was both studied and technically required in Mikkyō. This study will...
Topics: buddhism, mikkyo, japan, astrology, astronomy, vajrayana, tantra, esoteric buddhism, 密教

Community Texts
On the Identification and Use of ānxī-xiāng 安息香/安悉香/安西香 in Medieval China
Oct 9, 2021 by Jeffrey Kotyk
texts

Community Texts
Chinese and English Horoscopy in the Sixteenth and Seventeenth Centuries: The Astrological Doctrines of the Twelve Houses and Lot of Fortune in Xingxue dacheng 星學大成 by Wan Minying 萬民英 (1521–1603) and Christian Astrology by William Lilly (1602–1681).
Apr 17, 2021
texts

Kotyk, Jeffrey. “Astrological Determinism in Indian Buddhism.” Journal of the International Association of Buddhist Studies 41 (2018): 145–167. This study surveys the presence of astrological determinism (i.e., the belief that celestial bodies influence or signal fated developments) within Indian Buddhism, from early literature until late-Tantra, in which passive belief in astrology is more often expected than rejected. It is argued that a tradition of ‘Buddhist astrology’ did, in...
Topics: buddhism, astrology, astronomy, Indology, Sinology, history of astrology, India, China, jyotish

This study explores the introduction and development of foreign systems of astrology in medieval China (Tang to Ming periods), in particular the practice of horoscopy, and how such models were implemented within a Chinese astronomical framework. It is argued that the basic character of such horoscopy was in large part Dorothean, rather than Ptolemaic. It is furthermore demonstrated that Chinese horoscopy was as much an heir to Persian systems of horoscopy as was the Islamicate, a point that has...
Topics: buddhism, astrology, sinology, history, astronomy, history of astrology

“Yixing and Pseudo-Yixing a Misunderstood Astronomer-Monk.” Journal of Chinese Buddhist Studies 31 (2018) 1–37. The present study argues that we must differentiate between the historical Yixing (673–727), an eminent Chinese monk, and the later legend that developed: a pseudo-Yixing, to whom various texts incorporating elements of astral magic and astrology were attributed. Scholars have not adequately differentiated between the historical Yixing and the later fictionalized figure,...
Topics: buddhism, yixing, astrology, astronomy, sinology, history

PhD Dissertation (Leiden University, September 7th, 2017) by Jeffrey Kotyk . This study surveys the introduction of astrology into East Asia with a primary focus on the Buddhist experience of Indian and Iranian astrology during the eighth and ninth centuries. It is argued that prior to the introduction of Esoteric Buddhism during the 8th century, the Chinese sangha had no pressing need to observe astrology. However, following the rising popularity of Tantric rituals, which require proper...
Topics: buddhism, astrology, daoism, astronomy, religion